Paralympian Curtis Lovejoy was paralyzed from the neck down after an accident at the age of 29. Now he’s a five-time Paralympics champion who overcame his fear of swimming to recover, compete, and win. This is his story. 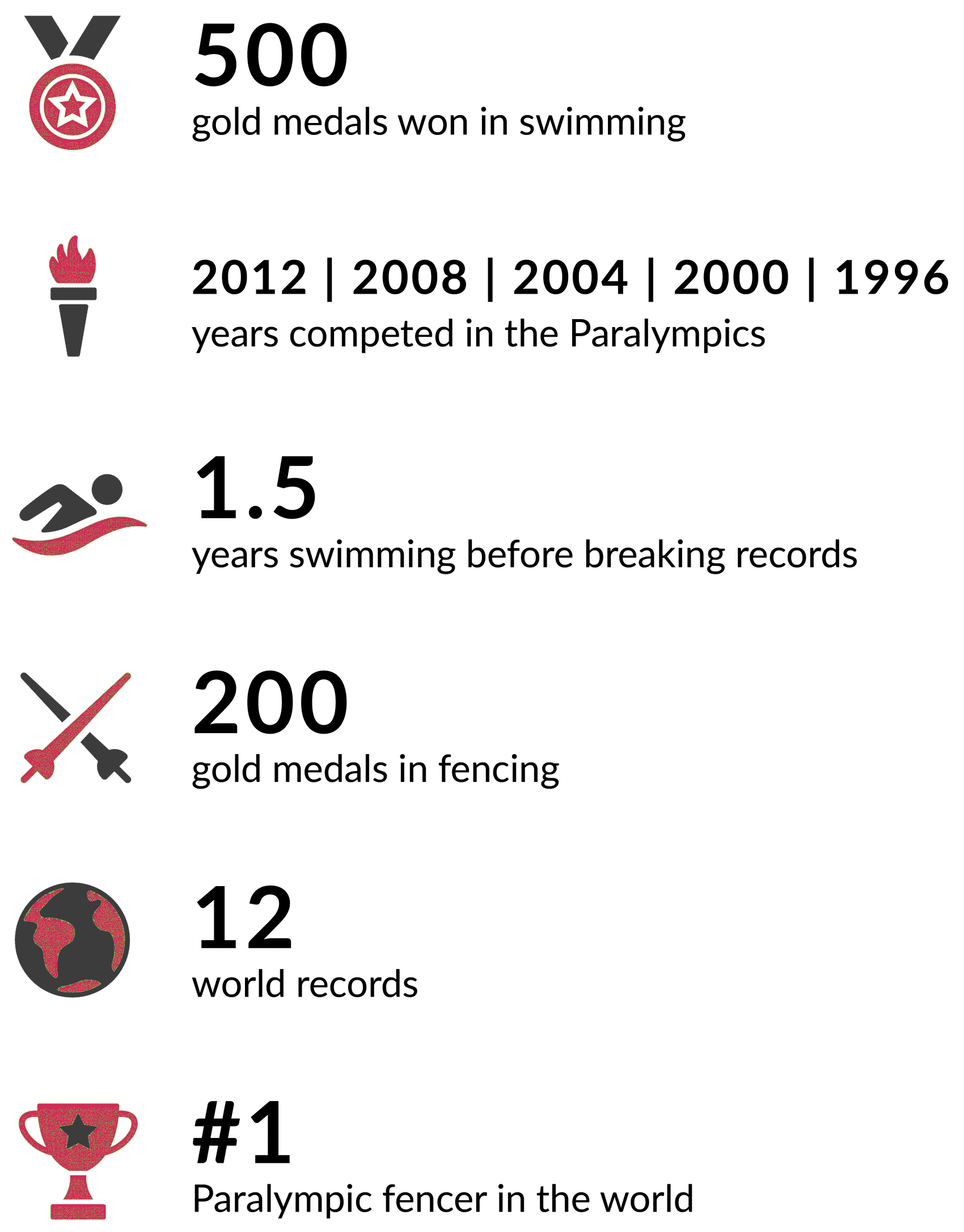 It was 8 AM on November 11, 1986, when Lovejoy’s journey to becoming a Paralympian began: He was in an auto accident on an Atlanta expressway that paralyzed his body from the neck down after he hydroplaned, hit a guardrail, and then slammed into an electrical pole. A few days after being admitted to the Shepherd Center for care, his medical team let him know what was going on: He was a quadriplegic.

At first, he was distraught. “I had a talk with God,” says Lovejoy. “I said, ‘if you don’t heal my body in three days, there is no God.’ Three days later I told my mom about this…my mom told me to repent. I did.”

From that point on, Curtis had a new initiative: Take his God-given power, strength, and endurance and build a new path.

After making the commitment to recover, Lovejoy started rehabilitation. Moving from an electrical wheelchair to a manual one in 45 days, he began testing his body and figuring out what he could and couldn’t do. During this time, he was introduced to water therapy, and a new challenge was born: Learn to swim.

His first step was to work with Coach Jackson, who had never worked with anyone who had a disability before. However, he agreed, and Lovejoy started working with a bodybuilder who helped him structure a complete workout team. But it was a different friend who first told him about the AllCore360° machine.

Traveling to Dr. Scott’s office to try it out, at first Lovejoy wasn’t able to participate in the core exercises, but after absorbing what the machine was intending to do, he listened to his body and went back at it. That’s when he started to feel the effect of the training in his left leg.

“I could feel the muscle vibrate,” recalls Lovejoy. “It was like something vibrating off of the wall. I thought, is this the machine or what?”

It was exactly the edge he was looking for. Once he started rotating in the AllCore360°, working his core muscles, the nerves began to respond, and the muscles started to cooperate. For Curtis, that’s when everything started to come together, and he finally had his body, and his workouts, work in harmony. During this time he also began to dabble in rugby and fencing, which he later competed — and won medals — in.

“The more I kept doing it and kept doing it, the leg got stronger. Three months later, I went to a meet. And I think, if I’m not mistaken, I swam a 1500 race, and usually, I’ll do half on my back on and a half freestyle on my stomach. This time I did the whole 1500 on my stomach and kicked the whole duration. My leg kept going and going.”

Nowadays, Lovejoy is a much-sought-after motivational speaker, inspiring others with his accomplishments and dedication to his dream. But outside of his speaking engagements, Lovejoy is also a peer supporter at the Shepherd Center and a coach for the Shepherd Sharks swim team.

His next personal challenge? Tokyo 2020. Still focused on swimming, Lovejoy is currently training for the upcoming Paralympic Games in Japan, and you can follow his journey at TheCurtisLovejoy.com.

ADD ALLCORE360° TO MY BUSINESS

Bin Cochran: How did you hear about the AllCore360?

Curtis Lovejoy: I heard about it through a guy named Aldrin. And he was telling me about this particular machine, “One day you got to try it.” So, I heard about it, didn’t have no idea of a concept of what it was. And I finally went to Dr. Scott office and saw it. And I thought it was some kind of contrapment with … what an astronaut guy would sit in. And to see it, it was like somebody went in the dungeon and put some iron together, put this together. They go and threw it together and then you get in it.

Curtis Lovejoy: When he told me the concept of it and what it’s supposed to do, you have to participate. That what’s really took me backwards to go slow at it. And to get in, and to sit in it, the reaction that they probably wanted at that particular time, I couldn’t give it to them. I had to absorb what was going on and I listen to the body. And once it began to rotate, I could feel the muscle vibrate, like something vibrating off the wall.

Curtis Lovejoy: Any time you do something different to the spinal cord, you get a different reaction. But as long as you get something different, that’s positive. If you don’t get nothing, that’s negative. That’s when I knew then at that time, if I participate in it, and I stick with it, I see result.

Curtis Lovejoy: I used to do it three times a week. And you got to test to see if this machine is working. And the only way I can test it is when I go to swimming, and my left leg, I weren’t kicking at all. Then the left leg began to kick. And when the left leg begin to kick, my eyes begin to get bigger because now I’m swimming, and I’m saying, “My left leg is kicking. So, is it the machine, or what?”

Curtis Lovejoy: So now, it’s not for me to tell Dr. Scott all that, it’s for me to convince myself if this really happening. So, the more I kept doing it, kept doing it, the leg got stronger. And then I think about three months later, I went to a meet. And I think, if I’m not mistaken, it was a 1500. I swam a 1500. And usually I’ll do half on my back, and half freestyle on my stomach.

Curtis Lovejoy: This time, I did … and the only reason I go on my back is because my leg get heavy and my body begin to skin. This time around I did the whole 1500 on my stomach, and kicked the whole duration. And during that process of swimming that long at the time, it’s about driving myself, finishing. And when I became, I thought I was going to get fatigued and tired. No, the leg kept going, kept going.

Curtis Lovejoy: Now I really tapped into the rhythm, keeping it going. And so, that’s when I knew then that this is it. This is the edge I’ve been looking for, because once the spin begin to rejuvenate, and once the nerve begin to respond back to the membrane, the muscle begin to cooperate. When the muscle begin to cooperate, everything come together like music and you putting it together. Everything beginning to do what it’s supposed to do.

Curtis Lovejoy: In other words, it used to be, “Curtis, why you doing this? We ain’t used to work this hard, now you’re working. We don’t want to work.” But now they’re beginning to work in harmony.